Other Areas by Appointment - Search Here 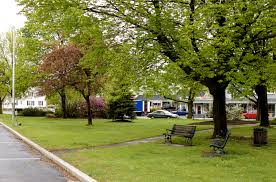 The town of Littleton, Massachusetts was first settled in 1686 and was officially incorporated by the Massachusetts General Court in 1714. Minutemen and Militia of Littleton fought at Concord and Battle Road on April 19, 1775.

Littleton has a rich history as a farming community. It was known for its apple orchards, food dairy farms. Many of those same farms are still in operation today.

Today Littleton has a population of just under 10,000 residents and maintains its New England charm with well-preserved architecture and open space. Littleton has over 2000 acres of conservation land for hiking and exploration. Littleton's parks, playgrounds, and lakes provide passive and active recreation for all ages.

Littleton Residents Link - An incredibly helpful list of links to help someone settle into the community!

We're always available to help out, get in touch with us any time, or shoot us an email.

Thank you for contacting us, we'll get back to you shortly.

Sorry, we are unable to send your message at the moment. Please try again later.